“Future” US Tour by Don Diablo

The Observatory in San Diego, then heading to The Regency in San Francisco and The Fonda Theatre in LA. He’ll also be going to Chicago, Montreal 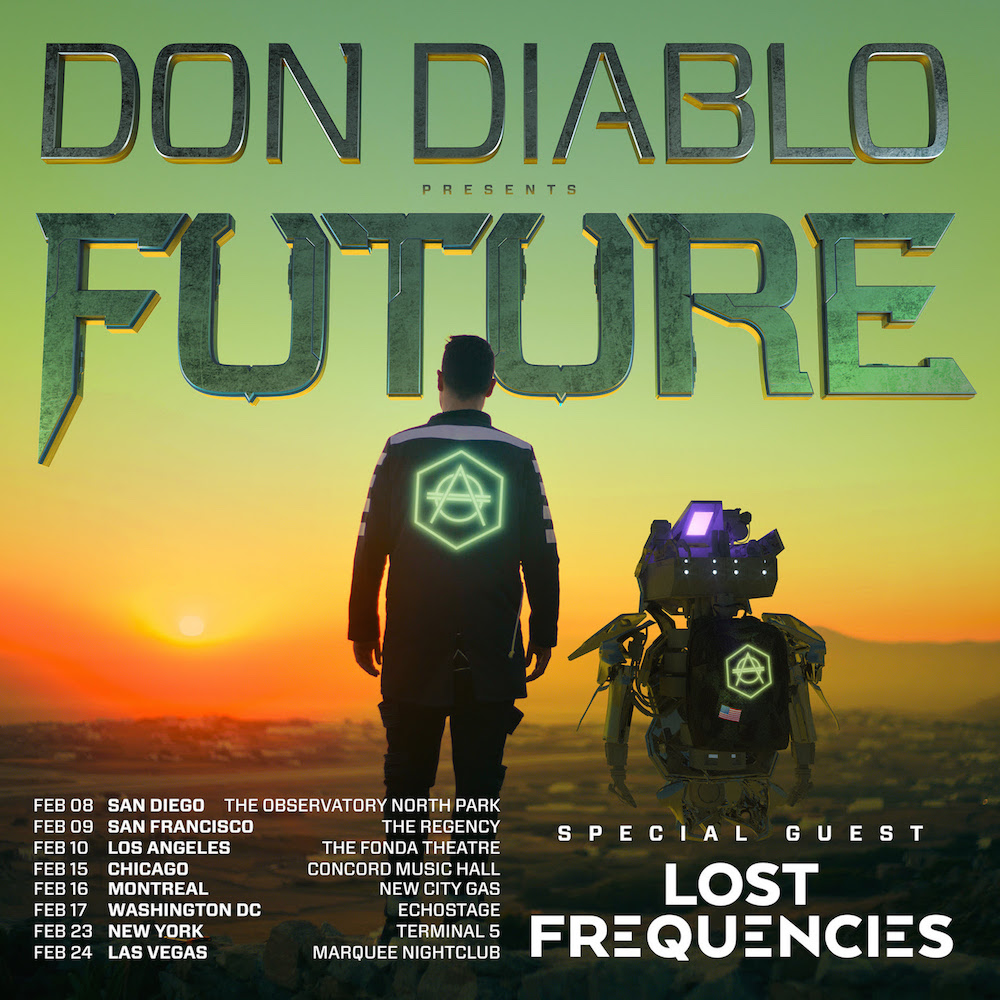 With 2017 coming to a close, the multi-talented DJ/Producer is looking ahead to next year, which is bound to be monumental for him. Don Diablo recently announced his eight-date tour, named after his forthcoming album, which is set to be across North America next February! In addition, special guest Lost Frequencies will be joining him for every show!

Don is starting things off at The Observatory in San Diego, then heading to The Regency in San Francisco and The Fonda Theatre in LA. He’ll also be going to Chicago, Montreal, Washington DC, New York, and Las Vegas!

If you guys didn’t know, this artist is the founding father of the future house moment even named as DJ Mag’s #11 in the world. His first single was “Don’t Let Go,” which has already gotten over 5 million streams and counting on Spotify and YouTube. He’s definitely bound to reach new heights this year!

If you want to know more about his tour, be sure to check out Don Diablo’s website! https://www.dondiablo.com/future

Then, let us know which of the six locations of his tour we’ll see you at!

The Heatwave Festival will put colors in your eyes!

Discover Love Machine’s full lineup for their return to the Californian Desert!

Love Machine returns to the Desert in May!