In the words of Hot Since 82 about his return: “Labyrinth is so special, it’s a super fun party that gives me the opportunity to widen my musical horizons. 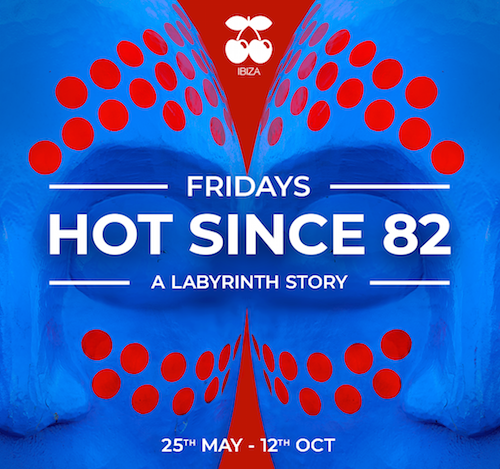 Someone else is coming to Pacha! Who could it be? None other than one of our favorites – Hot Since 82!

Because they had a really successful first season, Hot Since 82 is set to return to Pacha Ibiza for Labyrinth! You can expect them from May 25 to October 12!

In the words of Hot Since 82 about his return: “Labyrinth is so special, it’s a super fun party that gives me the opportunity to widen my musical horizons in a way I can’t really elsewhere; from house to disco, tech- house to techno, whilst also allowing me to support new emerging young talent.”

And some of that talent they’re talking about include last year’s underground names that were featured like Maya Jane Coles and Eats Everything, accompanied by Ibiza legends DJ Harvey and Erick Morillo!

And in honor of that, why don’t you let us know if you’re planning to catch Hot Since 82 at Pacha Ibiza!

Dance With the Colony!