What’s going on at DLDK!

“Don’t Let Daddy Know” is coming back to Amsterdam! This time, it’s going to be even bigger and better, even though that’s near impossible 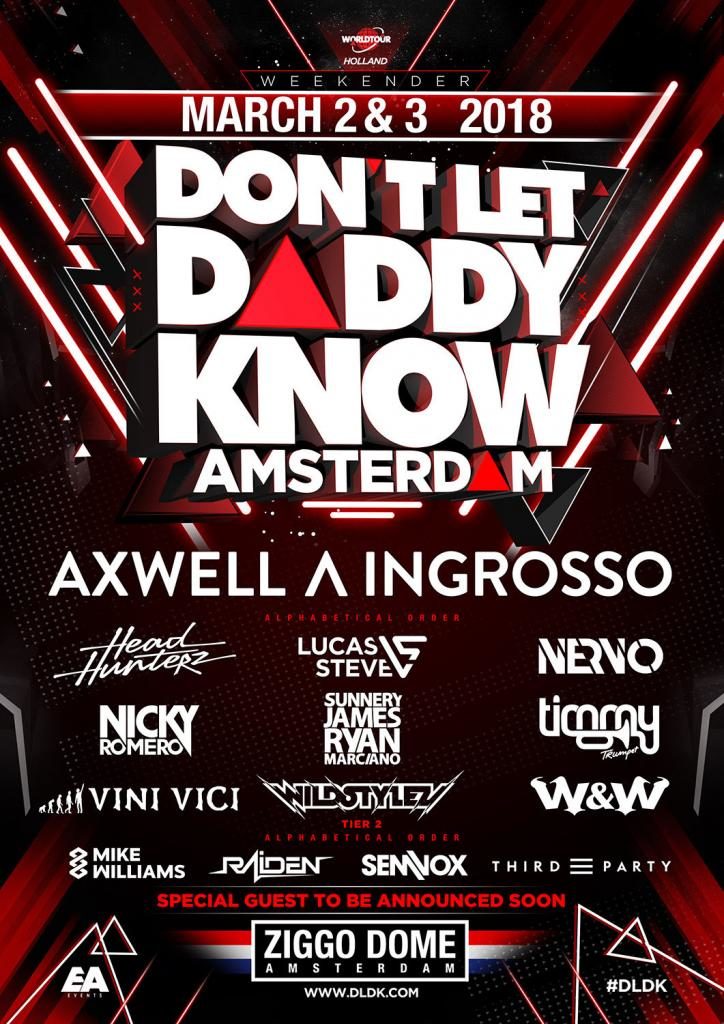 “Don’t Let Daddy Know” is coming back to Amsterdam! This time, it’s going to be even bigger and better, even though that’s near impossible considering the huge success of their five-year anniversary last year!

If you’re still not convinced on why this party is the place to be, check out their 2017 aftermovie! https://www.youtube.com/watch?v=H4Mnp4a2Urc

Now that looks like a ton of fun! Why don’t you check out the website for “Don’t Let Daddy Know!” http://www.dldk.com/

Then, why don’t you give us a hint of how you feel about their recently announced guest Steve Angello!

Balaton Sound in Hungary this July!