Worakls hits hard on his Sonata label. With a unifying melody, an electro vibe, and a finely mastered orchestration, Worakls gives us a third new title after Hiba and Pipeline. 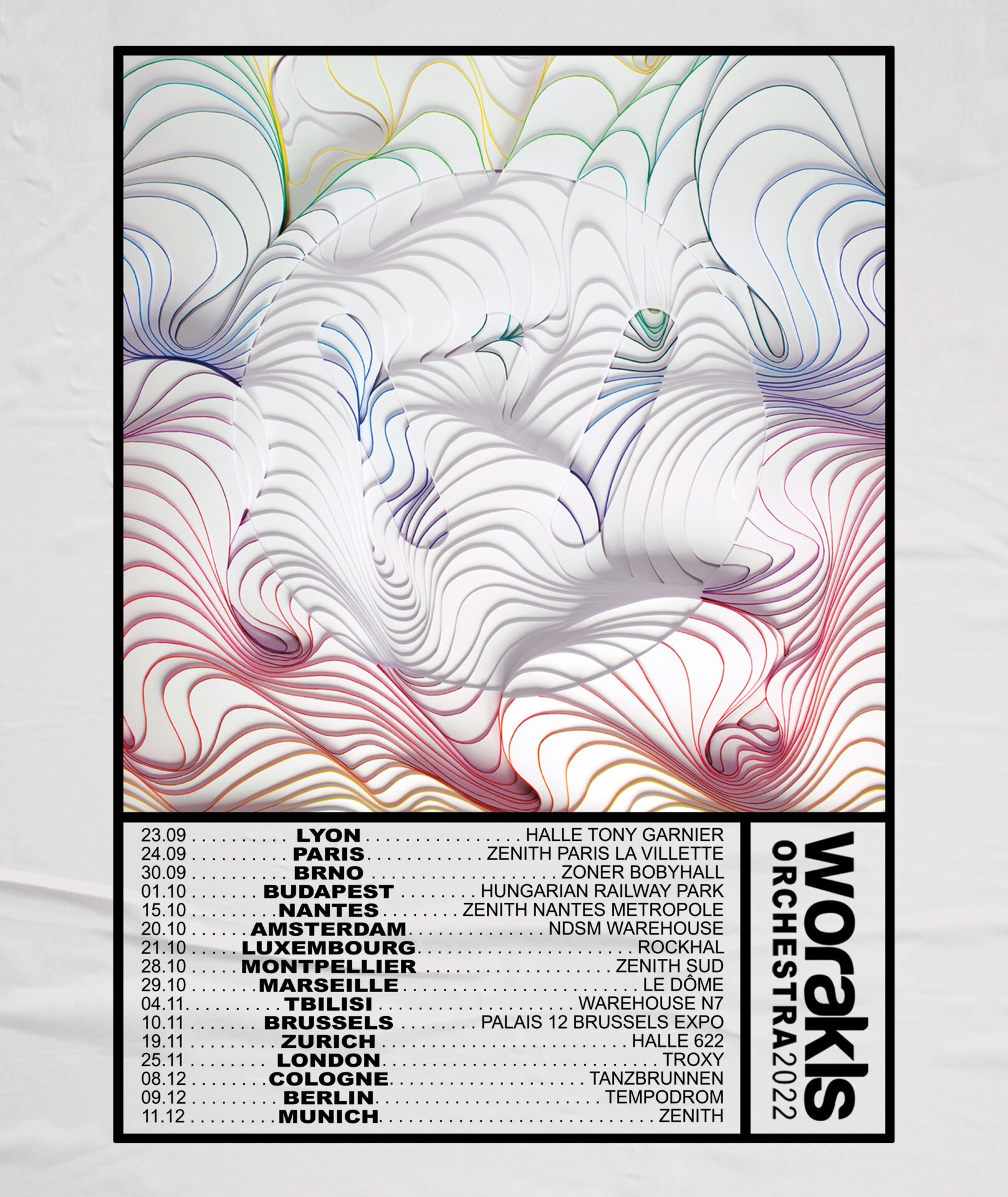 Worakls hits hard on his Sonata label. With a unifying melody, an electro vibe, and a finely mastered orchestration, Worakls gives us a third new title after Hiba and Pipeline.

We could define the single 54 as a pure “Worakls” track, the piece combines content and form, which will appeal to both old and new fans alike. ‘LIV’ is the conversion of ’54’ into Roman numerals, the first name of Worakls’ daughter, his inspiration for this creation.

A few days after the release of ‘Pipeline’, the French producer is already back to present us with a new single, ’54’, which will be available on all platforms on Friday, September 2.

The good news does not come alone, he announces a new album to accompany his next tour ‘Orchestra‘ which begins in September.

It is also a nod to Studio 54, the most iconic club in history.

After a busy year, a remix by Armin Van Buuren released in July, a single d’Or à l’export (CNM) for ‘Salzburg’, his title ‘Adagio for Square’ which is part of the soundtrack of the Netflix series ‘XOXO ‘ and a tour that has just ended in the four corners of North America, Worakls will be keen to present the recent version of his project through a tour and a new album. No less than 16 cities will host the Orchestra Tour, which will begin in Lyon on September 23 and end in Munich on December 11, 2022, after crossing the continent.

Worakls’ ‘Orchestra’ remixes album is out!

Rodriguez Jr. & Booka Shade step up on remixes of Worakls!