This month, Italian superstar Benny Benassi pairs up with rising star producer Astrality for a deep new track, rounding off a year of collaborations with incredible vocalists like Pitbull and Anabel Englund.

For this lovely new tune, a deep melodic techno atmosphere is the order of the day.

‘Fade To Black’ is out now via Selected. Click HERE to listen.

The mood is deep melodic techno, with echoes of soulful voices on the chorus shortly brushing up against the pounding bassline arpeggio and shimmering hi-hats. A distorted, minimalist trance theme rises neatly from the breakdown, delivering a powerful yet subtle crescendo—which is how you might sum up this superb piece in its entirety.

Benny Benassi is one of the most successful and influential record producers and DJs of all time, with a career spanning more than two decades. Satisfaction, his major crossover song released in 2002, was his rocket to success. This famous, ground-breaking, genre-defining piece opened the way for his debut album, Hypnotica, which gained him the title of European Border Breaker Award, for the largest record sales by an Italian artist outside Italy, among numerous other distinctions.

His next album, Rock N Rave, was released in 2008, he went on to win a Grammy for his remix of Public Enemy’s Bring The Noise, one of the first recordings to combine European electro-house beats with American hiphop vocals, solidifying his status as a trailblazing pioneer of the commercial electronic music scene. In 2011, he released Electroman, his critically praised third album.
Benny created history once more when he discovered a young and undiscovered artist named Skrillex, whom he engaged to remix Cinema and effectively bring dubstep into the public. The remix received another Grammy Award and lasted on the Top 40 rankings for four years in a row.

This artist has since headlined some of the world’s largest festivals. As his reputation rose, he collaborated with Madonna to produce the hit Girl Gone Wild, as well as other tunes on the MDNA album. There is also a lengthy, rich list of other A-list musicians with whom Benny has cooperated to appear on his songs.

Astrality, who is from Rome, Italy, has took the electronic music industry by storm since breaking into the scene in 2020.
His painstakingly produced combination of Deep House and Electronica, first brought to light by the British duo Disclosure, blends the catchiness of avant-garde pop music with a contemporary, sophisticated sound design that makes every aspect its own.

With over 30 million plays in only two years and over 500k weekly Spotify listeners, the swiftly emerging Italian artist is gradually establishing himself as a force to be reckoned with, with an outstanding record spanning labels such as Universal, Armada, and Selected.
He is now riding a wave of popularity as a result of recent hit singles such as Golden Nights, Alone Together, Regret, and Times Are Changing. 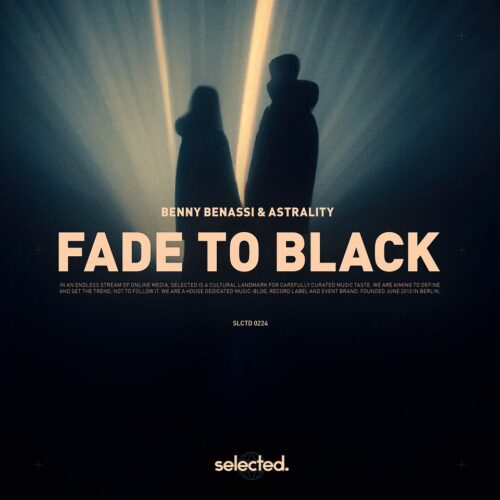