Instead of being cancelled, this well-known event will be postponed to August 2020, at the request of Serbia's Prime Minister. 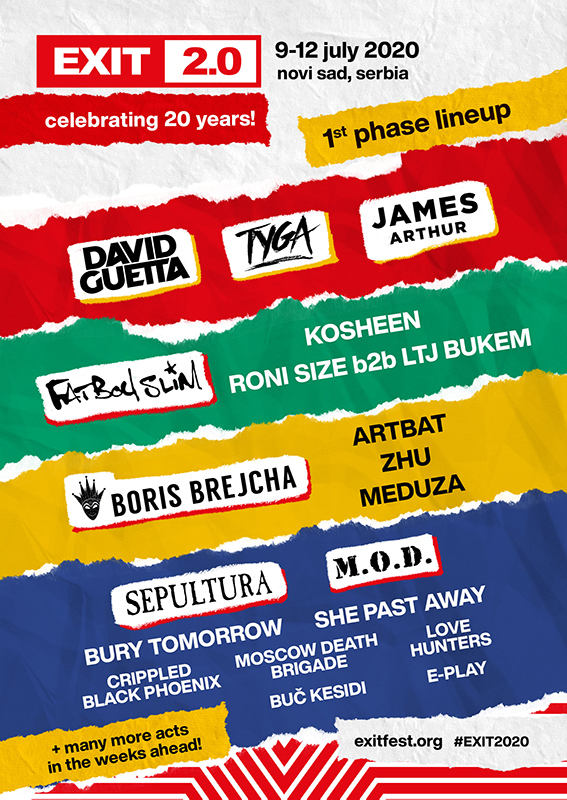 Even though EXIT Festival was supposed to be cancelled this year, Ana Brnabic, Serbia’s Prime Minister, decided otherwise. Indeed, she asked the organizers to postpone it instead of cancelling it.

You might know EXIT Festival, or the event not to be missed. It takes place every July at the colossal 18th century Petrovaradin Fortress in Novi Sad, Serbia. Since it was born out of student protests, in 2000, many shows of global music stars have been promoted here. Among them: The Cure, Madonna, Guns’n’Roses, Arctic Monkeys, Migos, David Guetta, Nina Kraviz, Carl Cox, and thousands more.

The conditions to maintain it in August 2020

Despite the difficult time we’ve been through, the National Crisis Team of the country recommends moving forward and setting this big event in August 2020, for its 20th edition:

“We recommend to move the festival to August because we expect that the situation (with pandemic) in the whole of Europe will be totally under control by then”, said Ana Brnabic.

The event initially welcomes 55.000 people per day, and 40 stages. Of course, it is planned this year to reduce its capacity, to ensure everyone’s safety. In that way, the organizers will make it all work out for the best:

“Health and safety of the audience and everyone involved at the festival is our top priority. We will work closely with Health officials in order to take all precautionary measures and make festival in August as safe as possible. Between fear and optimism we always choose later and we’re thrilled that we will have opportunity to be together with our fans and favourite artists this summer”, said EXIT’s founder, Dušan Kovačević.

As we all know, the festival industry has suffered a lot during this crisis. That’s why this news is a real message of hope for both artists and the public. Ivan Milivojev, one of EXIT’s founders and Yourope board member, even added:

“This decision is very important for event fans all around the globe as even in different formats and smaller capacities, if possible and safe, events could bring back much needed relief from the hardship we have all been through“.

If all goes well by then, we’ll be able to party together in August! Meanwhile, stay healthy.

No COVID-19 infection at the EXIT Festival !