‘In Your Arms (For An Angel)’ is set to dominate the charts worldwide!

Topic and Nico Santos collaborate for the third time on the beautifully melancholic ‘In Your Arms (For An Angel)’, including Robin Schulz! 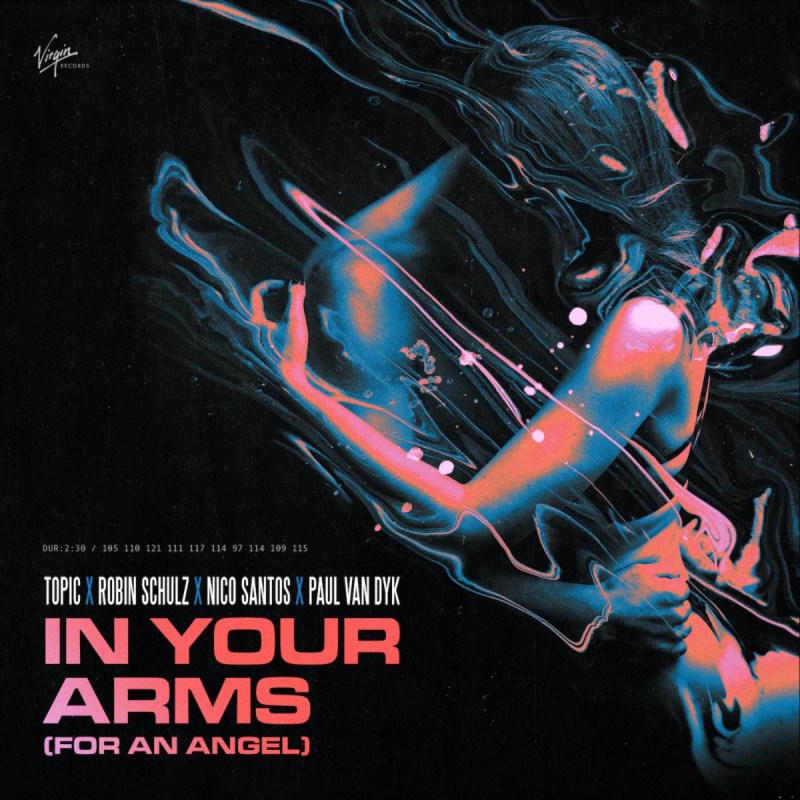 German-Croatian DJ and producer Topic and fellow German singer-songwriter Nico Santos collaborate for the third time! They dropped the beautifully melancholic ‘In Your Arms (For An Angel)’.

The track follows their 2020 hit ‘Like I Love You’ and the duo’s 2015 debut ‘Home’.  Those reached platinum in Germany and double platinum in Australia.

They are now adding house legend Robin Schulz to their successful duo! It’s true: ‘In Your Arms (For An Angel)’ is set to dominate the charts worldwide.

‘In Your Arms (For An Angel)’ sees the trio bring a tasteful update to launch the anthemic Paul van Dyk classic ‘For An Angel’. They changed it to a new generation. The track is centered around the piano riff from PvD‘s all-time dance classic. Van Dyk, voted #1 DJ In The World twice and nominated for a GRAMMY Award, is one of the pioneers of the trance sound itself. ‘For An Angel’ was his breakout hit in the golden age of the genre!

Topic’s notable successes include being nominated at the 2022 Brit Awards for International Song Of The Year. Moreover, the 2021 Billboard Music Awards, MTV EMAs, and Teen Choice Awards for Best Dance/EDM Song Finally, he hit #6 in the Spotify Global Top 200, and #1 on the Shazam Global Top 200, iTune,s and the Mediabase US Dance Radio Airplay Chart.

Tagged with :
In Your Arms (For An Angel) Nico Santos Paul van Dyk Robin Schulz Topic

Tiësto unveils his club-ready remix of ATB’s ‘Your Love (9pm)’!