Les Silencieuses is the next unmissable event!

Paris, on October 28th, Les Silencieuses are back at the Cité des sciences et de l'industrie for a disconcerting and musical event! 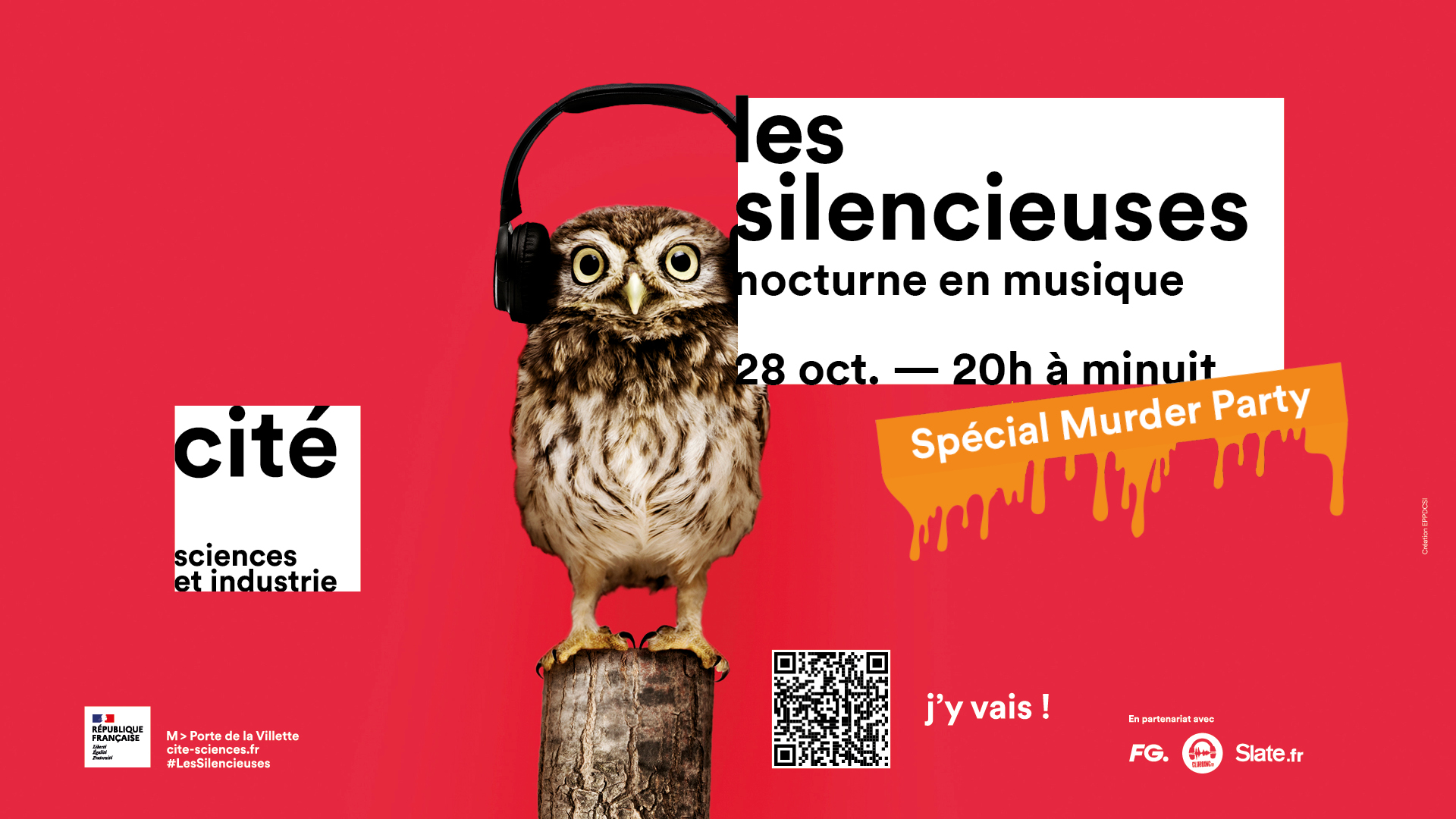 Les Silencieuses are once again returning to the Cité des sciences et de l’industrie in Paris! Rendez-vous on October 28th from 8pm to 12am.

On this occasion, singular animations await you… DJs on the turntables and headphones on your ears, let’s go for an unforgettable visit! Oh yeah, it’s a silent disco night!

3 artists will be playing starting at 8pm:

– Dj MUM’S (tune in on the red channel), he is the one who imported and developed in France the concept of silent parties.

– EDDY FLEX (tune in on the blue channel), he mixes on all types of musical repertoires, from house to funk through hip hop, disco, POP, Latin music, etc.

– IAN KENZOF (tune in on the green channel), he takes you into his world of “World Ethnic Music”.

Moreover, you will also have some crazy activities! First is the Murder Party, a role play combining scientific methods and live interrogations…

The second is an exhibition based on a transdisciplinary scientific analysis, Renaissances. It offers a strong emotional experience. It also allows you to decipher these imaginary worlds and to use them as a springboard for construction.

Finally, the third is happening at the Planetarium. Out Of Your Mind is a project imagined by the musical group High Tone and the collective AV Exciters. An audiovisual creation that proposes a sensitive immersion by questioning our relationship to the world.

Yes, you understand right … this is an unmissable event! You can already grab your tickets through our event, HERE!

Guess who is playing at the Dream Nation Festival?