Riton released his own remix of "Speed Trials on Acid". This Carl Cox and Fatboy Slim single is not about to be forgotten! 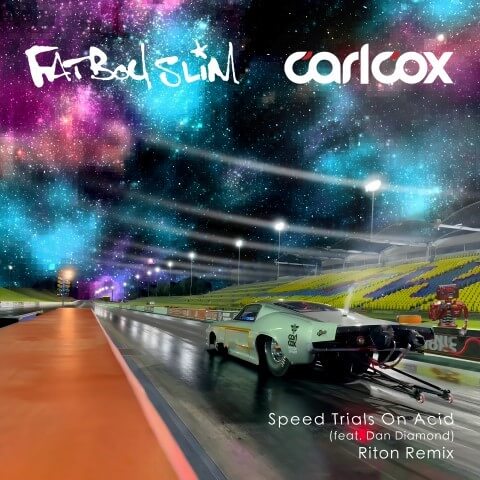 Riton had just published his remix of “Speed Trials on Acid”. The original track comes from two legends Carl Cox and Fatboy Slim. Different eras but still the same message: “We live in a world of love”.

The English DJ and producer Riton cooked for you one of his delicious remixes. His “Speed Trials on Acid” take its roots in the original one produced by Carl Cox and Fatboy Slim. Which have been remixed earlier in the year by LF System.

As an experienced artist, Riton was not afraid to put his touch on this world-famous song. It was more like a challenge for this Grammy-winning. He affirmed that “working on a track from two of the world’s greatest, and one with such a solid message, has been super exciting”.

Riton is a British DJ and producer. He became famous with his song “Rinse & Repeat” published in 2016 with the singer Kah-Lo. He has also done a remix for the Chemical Brothers in 2019.

Click HERE to listen to “Speed Trials on Acid” by Riton!