Amnesia's closing party will be no less than an epic Closing Festival that will match the vibes and success that the opening had. Starting at 6 pm on October 15th, this final musical adventure will feature an Ibiza-exclusive DJ set from The Chemical Brothers, an extended session from Jamie Jones and plenty more from Nina Kraviz, Kobosil, Marco Faraone, Luca Donzelli, Cuartero, Eats Everything, Mar-T b2b CAAL, Paul Woolford vs Special Request and Vintage Culture among others. 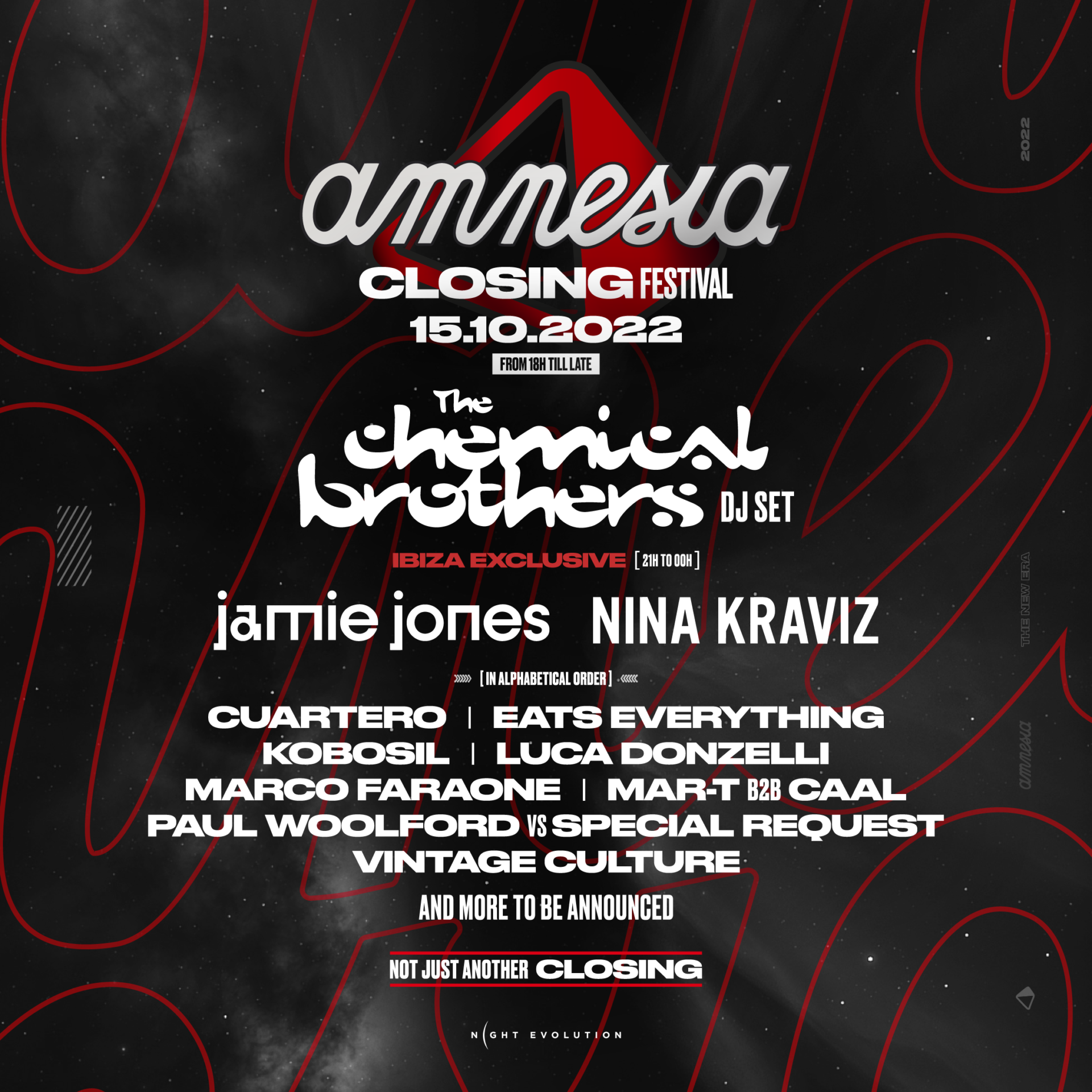 Summer 2022 has proved to be one of the best in the history of Amnesia which will soon come to an end. Nevertheless, coming from Amnesia’s pure essence, its closing party will be no less than an epic Closing Festival that will match the vibes and success that the opening had. Starting at 6 pm on October 15th, this final musical adventure will feature an Ibiza-exclusive DJ set from The Chemical Brothers, an extended session from Jamie Jones and plenty more from Nina Kraviz, Kobosil, Marco Faraone, Luca Donzelli, Cuartero, Eats Everything, Mar-T b2b CAAL, Paul Woolford vs Special Request and Vintage Culture among others. Move on quickly to secure one of the very limited tickets now from amnesia.es.

The world’s most iconic superclub won’t leave the “glass half empty”. This summer it has pushed the boundaries once more with an exclusive live show from Bicep and residencies from Joseph Capriati, elrow, Paradise and He.She.They. Not to mention, many memorable Pyramid parties, standout sets from influential DJs like Ricardo Villalobos and Sven Väth and so much more. But the fun isn’t over yet: this biggest ever Closing Festival will take you into another dimension with a marathon soundtrack and mind-blowing visuals across the club’s celebrated Main Room and Terrace. 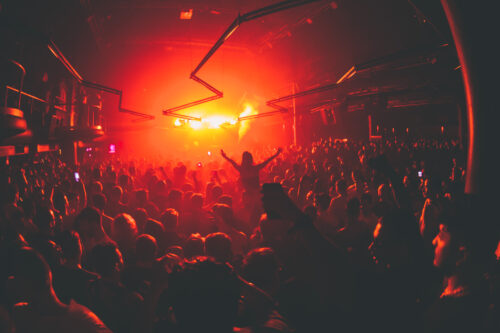 For three hours, beginning at 9 pm,  at the emblematic “Terrace”, global dance legends, The Chemical Brothers will take you on a journey through their past, present and future sounds, making it a whole experience by adding extra sensory stimulation with the club’s famous production. Jamie Jones also lines up on the Terrace for one last set in a very special extended morning slot after a well-acclaimed season of performances at Amnesia with his concept Paradise.

In the Main Room, it is techno all the way with the trailblazing Nina Kraviz mixing up acid and IDM influences, and Berlin regular Kobosil bringing his powerful grooves next to Amnesia resident Luca Donzelli.

The rest of the line-up will keep you well-impressed with the cherished party starter Eats Everything, rolling beats from Marco Faraone, an all-Spanish affair with Mar-T b2b CAAL, an electrifying mix of house, jungle, bass and rave with Paul Woolford which faces off against his alias Special Request, and some characterful and colourful house from Brazilian superstar Vintage Culture. Stay tuned to discover the new DJ additions to the line-up.

This event is shaped to be one of the most complete and iconic Closing Festivals that Ibiza has ever seen. Make sure you secure your place on the famous dance floor by getting your ticket now from amnesia.es.

An Ibiza return of HE.SHE.THEY. ?

Pyramid’s opening party at Amnesia Ibiza will be epic!

It’s elrow’s turn to announce an amazing lineup for Ibiza!