The track's vocals were generated by the voice assistant of a MacBook, and all promotional assets for the release, from the artwork and the music video to this very press release, were co-created using AI technology. 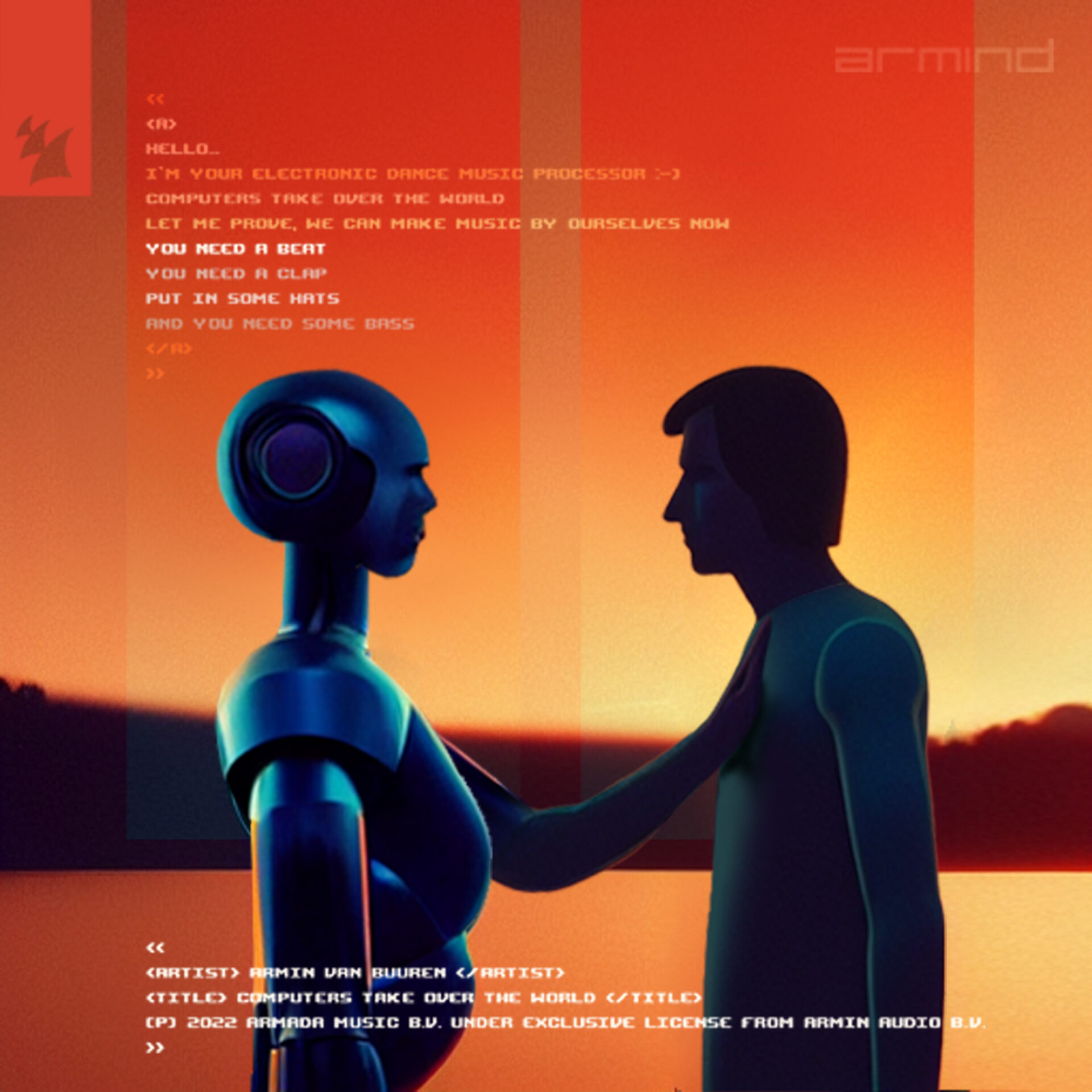 Humorous and catchy, ‘Computers Take Over The World’ is a light-hearted way of poking fun at how reliant the world has become on technology, suggesting that one day a computer might even take over Armin van Buuren’s job. After all, everything you need is “a beat, you need a clap, put in some hats, and you need some bass!”

With the help of AI tools such as Stable Diffusion (artwork), The Deforum Notebook (video), OpenAI Playground (press release and social media copies), Munch App (social media assets), and design and technology firm Your Majesty (campaign guidance), Armin van Buuren, lead the first ever AI co-created marketing campaign for a music release. Though the track is playful, the concept of a world fully intertwined with AI technology is quite thought provoking. With this innovative marketing campaign where nearly every step of this release involved some form of AI assistance, Armin van Buuren highlights how we may not be so far off from this reality. Promotional elements of the campaign were shaped from well-written prompts inputted into the AI tools and what transpired were detailed artworks, videos, and factual text about Armin van Buuren and this release. Only minor adjustments were made by humans to the assets that AI created, showcasing that perhaps with just a little more learning, computers really could take over the world!

“The lyrics for ‘Computers Take over The World’ were actually created by playing around with the voice assistant on my laptop. I was amused by how things would sound when read by that robotic voice and thought it would be fun to create a silly song about how computers can do almost anything nowadays.”

Armin keeps us warm for Christmas…

Most of ADE Festival events are confirmed for daytime program!