Dubfire and Wu-Tang Clan Link Up!

Hip Hop’s most respected Wu-Tang Clan and techno artist Dubfire collaborated a couple of weeks ago for a memorably Movement afterparty! 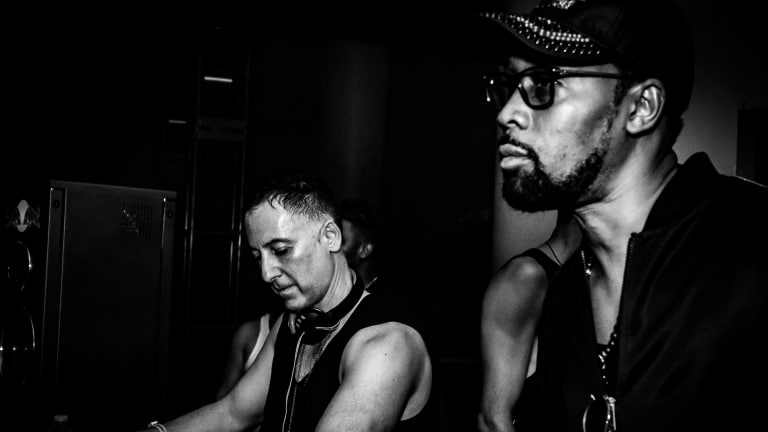 Hip Hop’s most respected Wu-Tang Clan and techno artist Dubfire collaborated a couple of weeks ago for a memorably Movement afterparty! This happened spontaneously in Detroit where artists from the group, like RZA, got on the mic as well! Dubfire just wrapped his closing peak time set on the festival’s Pyramid stage then under a bright full moon!

If you guys didn’t know, this is iconic! Dubfire has a strong urban background too, holding down numerous residencies including the revered weekly EXODUS events known in the hip Acid Jazz scene. He’s attracted various acts, like the Brand New Heavies or Michael Franti of The Disposable Heroes of Hiphopracy! Though he’s known for techno, he also has established himself as quite the unique hip-hop/acid jazz/reggae DJ!

To know more about Dubfire’s incredible set with Wu-Tang Clan and other artists during his time in Detroit, check out his website! http://www.dubfire.com/#!/loader/

Then, let us know how you would react to a surprise set like this!

Clubbing TV Trends: Where to party in Romania!