Sorry, The Chainsmokers are back!

After a 2-year hiatus, The Chainsmokers have dropped a new album... we can finally announce: Sorry, they’re BACK! 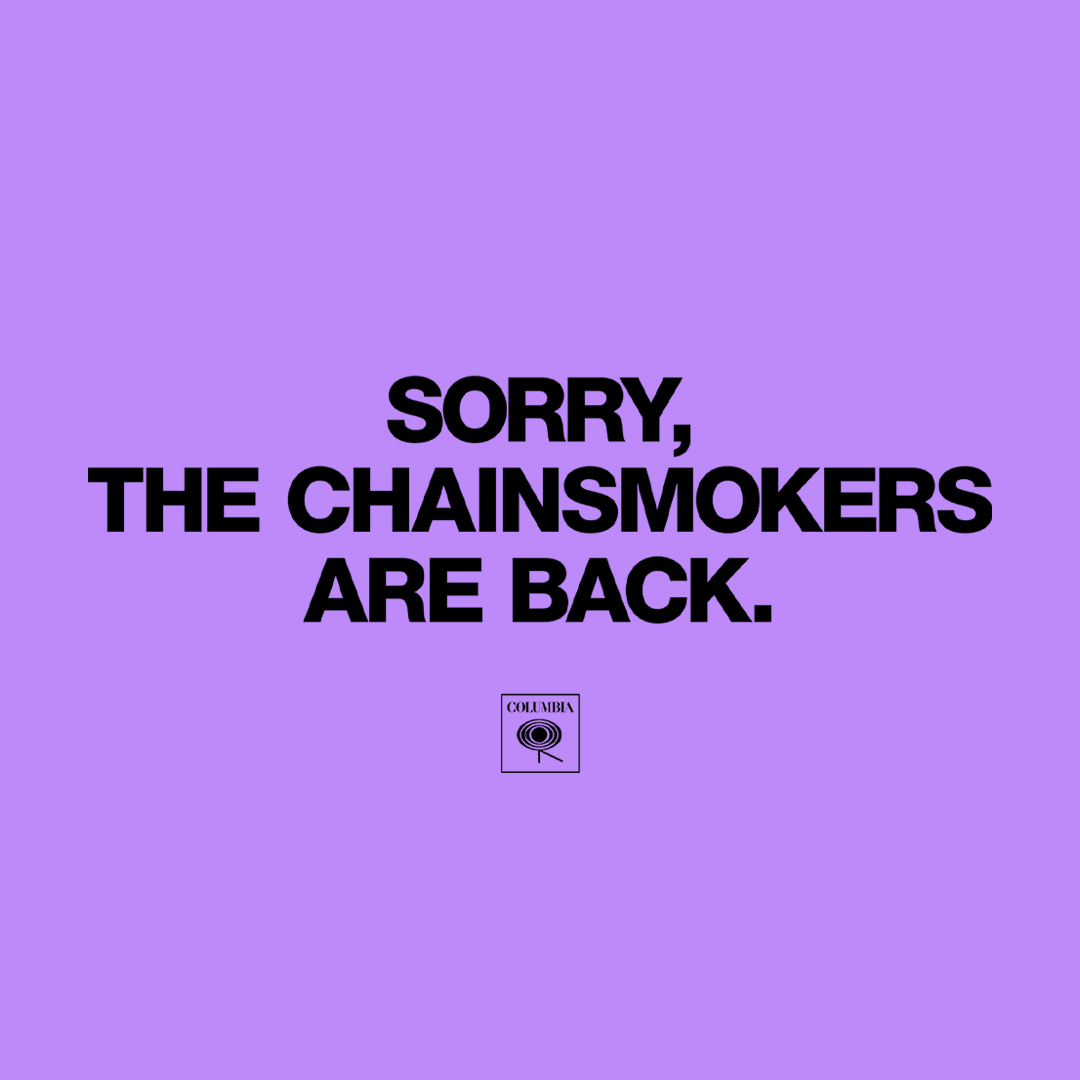 In an apologetic new announcement, The Chainsmokers have shared that they have returned with a new upcoming album. They haven’t lost a step in their time away!

The beloved dance music superstar duo has been on hiatus since 2019, but it’s all over now and they wanted you to know.

The announcement reads, “Sorry, The Chainsmokers are back.” The duo released a satirical video announcing the return that you have to watch to appreciate. It bills itself as a “behind the scenes” making of the album, but there’s a funny twist.

In the video, two actors are hired by a record executive to pretend to be The Chainsmokers, for the cheeky reason that, “nobody really knows what they look like.”

The Chainsmokers have been teasing their new song “High” all over social media. The release date of the new track has yet to be been announced, according to the duo’s Instagram page. One thing is for sure, The Chainsmokers are not wasting any time to perform.

Keep your eyes peeled for announcements!

Balaton Sound advocates for the importance of safety!

News Upon News from Ultra Worldwide!