Although their 2012 world tour was called “One Last Tour,” Swedish House Mafia has decided to give us one more tour for 2022. 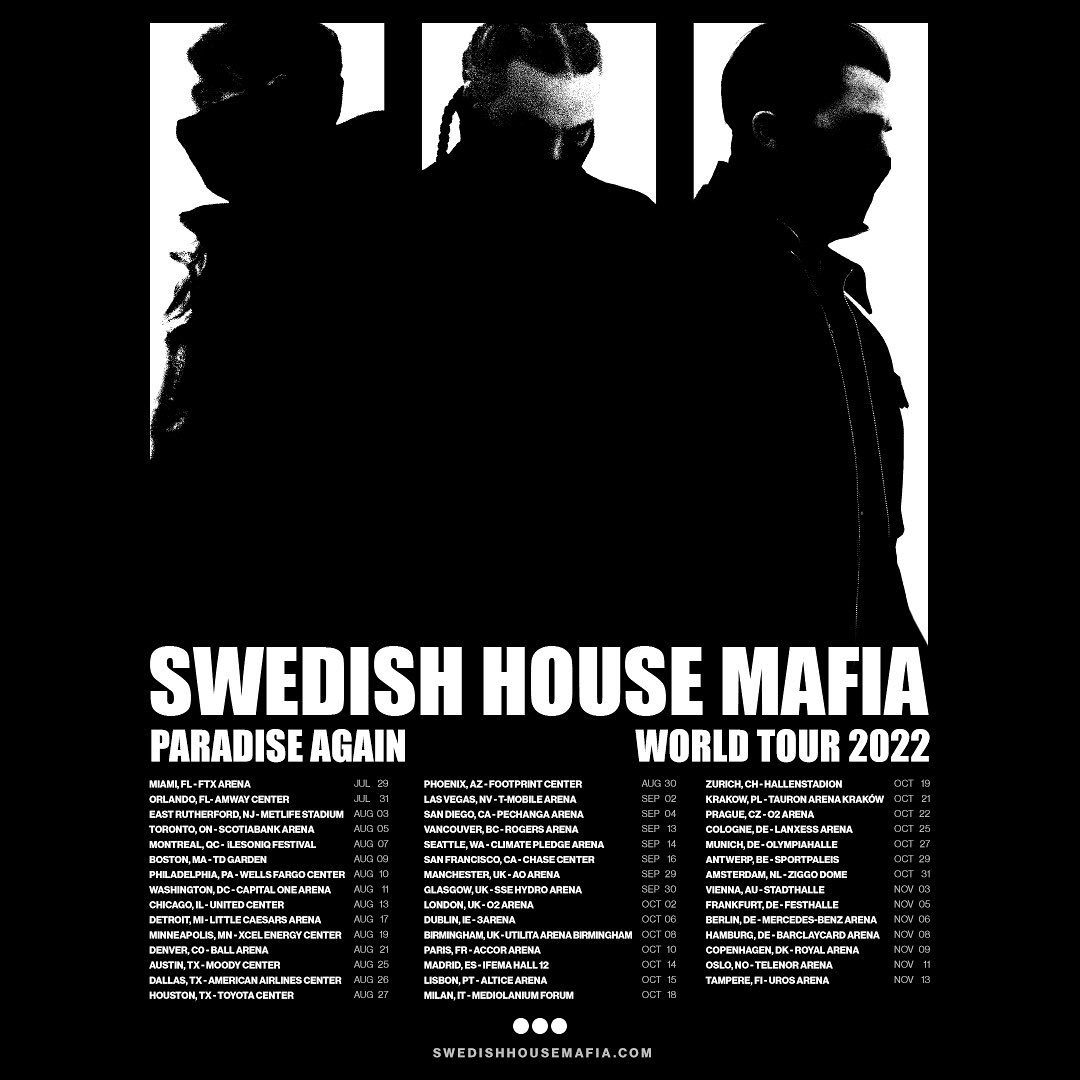 DJs Axwell, Steve Angello and Sebastian Ingrosso formed the EDM supergroup in 2008 and disbanded after just four years together. Over the past few months, the trio has hinted a return with the release of high-profile singles featuring Justin Bieber, Ty Dolla $ign and 070 Shake, but they just made it official after dropping “Moth to a Flame” with The Weeknd.

The new single, “Moth to a Flame” was teased during the trio’s recent performance on MTV VMAs pre-show in September and follows a pair of new singles – “It Gets Better” and “Lifetime (feat. Ty Dolla $ign & 070 Shake)” – Swedish House Mafia released after reforming last summer.

Their forthcoming “Paradise Again” tour, will kick off on July 29th at FTX Arena in Miami with a closing on September 16th at the Chase Center in San Francisco.

Swedish House Mafia has also been announced as a headliner for Coachella’s return to in-person events in April 2022.

Ready to get your hands on their tickets? Click HERE to buy!

Ultra Japan on its Fifth Year!