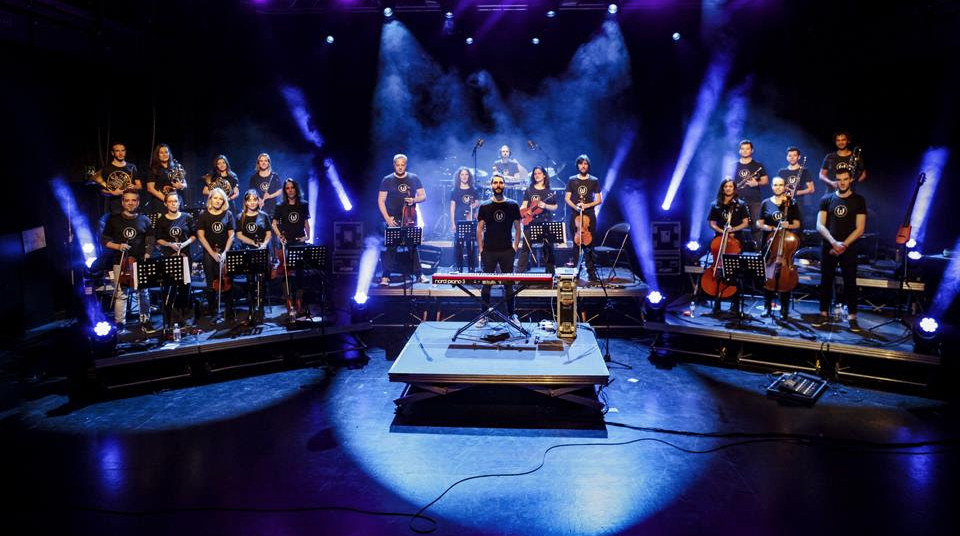 A young French prodigy, Worakls is above all a composer. Coming from a family of musicians, he learned to play the piano at the age of 3. After studying at the conservatory, he studied electronic music, which allowed him to add melody on to his sense of melody, power and dreamlikeism. It draws its strength from a multitude of genres, such as film and classical music. The creation in 2014 of the Hungry Music label, with his friends N'to and Joachim Pastor, allows him to fully express these influences. Even before the release of his first album, several of his songs have already established themselves as classics of a genre whose codes he has changed. He is now presenting his new project, Worakls Band, a live performance featuring several musicians (violin, viola, cello, cello and guitar).

After more than 10 years of waiting, Worakls is releasing his first solo album, “Orchestra”.
The co-founder of the label Hungry Music lets his film music influences fully express themselves by incorporating them into his electronic music.This album is accompanied by a tour of the most prestigious venues in Europe where Worakls will be accompanied by the Orchestre de Fourvière, composed of 20 musicians.
The strength of this show lies in the fact that the original music composing the album was specially created to be played with an orchestra.
More than a first album, more than a show, it is the result of an inimitable artist, whose inspirations touch all generations of music lovers.

All his gigs are available through this link:  @facebook.com/pg/worakls/events