Do not miss Awesome Soundwave's online festival on April 25th. In these tough times, we all need to have fun, while staying at home. 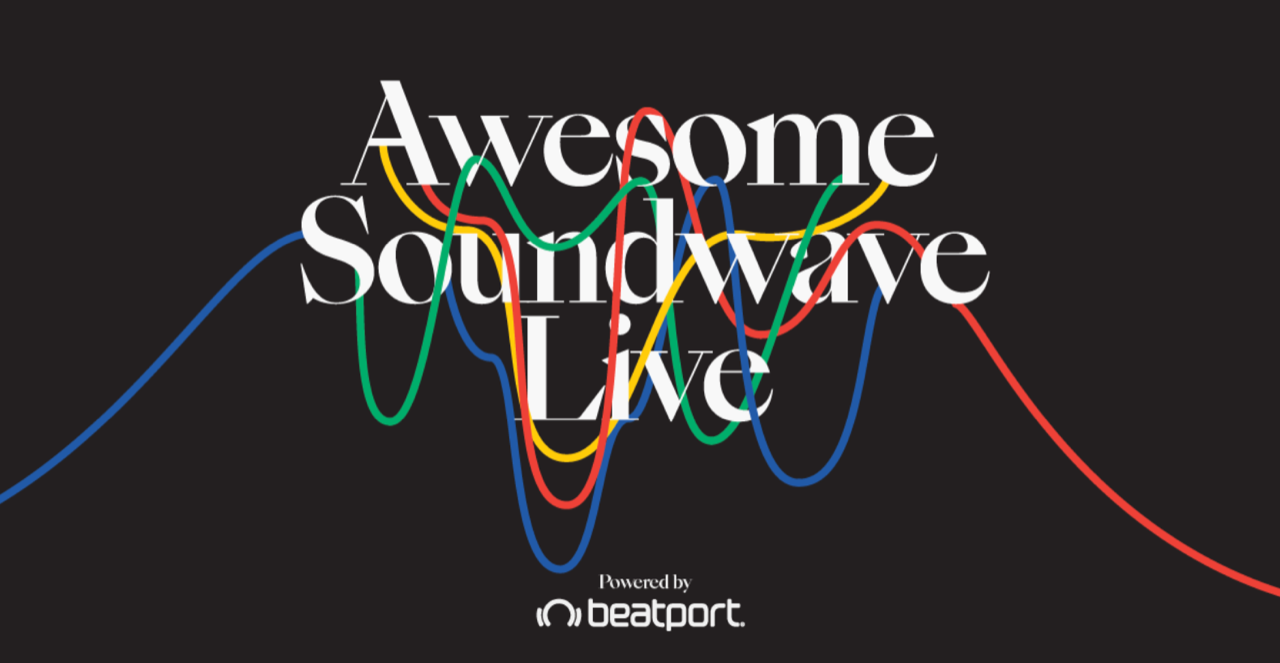 Two years ago, the great disc jockey Carl Cox founded, with Christopher Coe, a label: Awesome Soundwave. The latter is directed to artists who perform their music live. Carl Cox is a great British disc jockey and electronic music producer who was nominated in 1996 and 1997 “best DJ in the world” by DJ Magazine. Throughout his career, he has performed at major festivals such as Electric Daisy Carnival, Tomorrowland or Ultra Music Festival. He is now at the head of several record labels. His associate, Christopher Coe, is known for his dynamic, deep and genre bending performances. Over the years, he collaborated and performed alongside some of the world’s greatest electronic producers and DJs.

The electronic music label Awesome Soundwave is today recognized for the quality of its releases. Indeed, only artists who perform live are invited. Moreover, many of them are patiently waiting to be broadcast online by this label.

The online festival on April 25th

With Awesome Soundwave and because of the current conditions, an online festival is planned for April 25th. This event will be streamed live via Beatport’s social pages and lots of different other prominent online channels. Carl Cox will appear alongside the co-founder of the label, Christopher Coe. Besides, great artists will perform during the event, including Marc Romboy, Saytek, The Oolluu and Honeysmack, among others.

To make sure you don’t miss anything from the festival, don’t forget to use the following hashtags: #ASWLive #WeLoveItLive #awesomesoundwave #liveartist

This event, which will take place online, requires a very special organization. Indeed, it is from Carl’s studio in Australia that he and Christopher Coe will each play for an hour. For Hannes Bieger, it will be from his studio in Germany. He’ll be playing his new single with Ursula Rucker, which environmental message had a big impact. For the other artists, the band The Oolluu will perform live in two parts. Then they the legendary Marc Romboy, as well as Saytek and other young Irish artists such as Ancy and the Australian Honeysmack, will be joining.

You can find the festival’s program and the broadcast schedules below.

Of course, each performance will be 100% live. On this occasion, Carl Cox will play an exclusive selection of Awesome Soundwave’s releases.

Awesome Soundwave is in solidarity with its artists and, as such, has set up a donation platform, 50% of which goes to the artists who perform and 50% to a local aid organisation, notably the association Crisis Kitchen Bali.

Stay healthy, and happy waiting for the next event

What could be better than a live festival to watch and listen from home, to escape from our daily life? The party promises to be spectacular. Awesome Soundwave brings music lovers together during these difficult times. And this is just the beginning, Awesome Soundwave is preparing other similar events in the coming weeks. Stay tuned!

You can donate here (50% to Awesome Soundwave artists and 50% goes to Crisis Kitchen Bali).