Patrice Bäumel handles AVIRA with care on remix of ‘The Worship’! 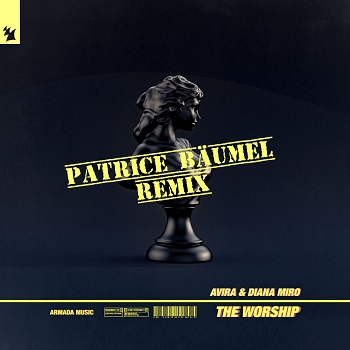 In many ways a lighter remix, Bäumel extends the feeling of shelter and solitude, stood between assurance and uncertainty, and with a fragile, film-like edge. Bäumel’s handling of Diana Miro’s reflective vocals make for a cool club lullaby and pause for thought when the sun comes up.

AVIRA decided to celebrate the one-year anniversary of ‘The Worship’, a track close to his heart, by asking some of his favourite producers to give it their special touch, with Bäumel high on his list of well-wishers.

“When I heard this remix by Patrice I fell in love with the way he brought a calm, uplifting twist to the track. It’s going to be a fantastic addition to any set”, said AVIRA.

The rise and rise of Patrice Bäumel, calling Amsterdam home after many nights spent on the capital’s dancefloors, has lead him to become a Beatport chart-topper and international top-flight DJ. Producer for a host of top-tier labels, he’s received support from Pete Tong and Danny Tenaglia, and become an in-demand remixer, with a diverse cross-section of Sasha, Booka Shade, Marc Romboy and Depeche Mode among those receiving his attention to detail.

Listen to the track HERE !