There are newcomers in the UNTOLD’s lineup !

From 4th to 7th August 2022, the UNTOLD festival will invite around 200 artists to Cluj-Napoca. Who are the new arrivals in the lineup? 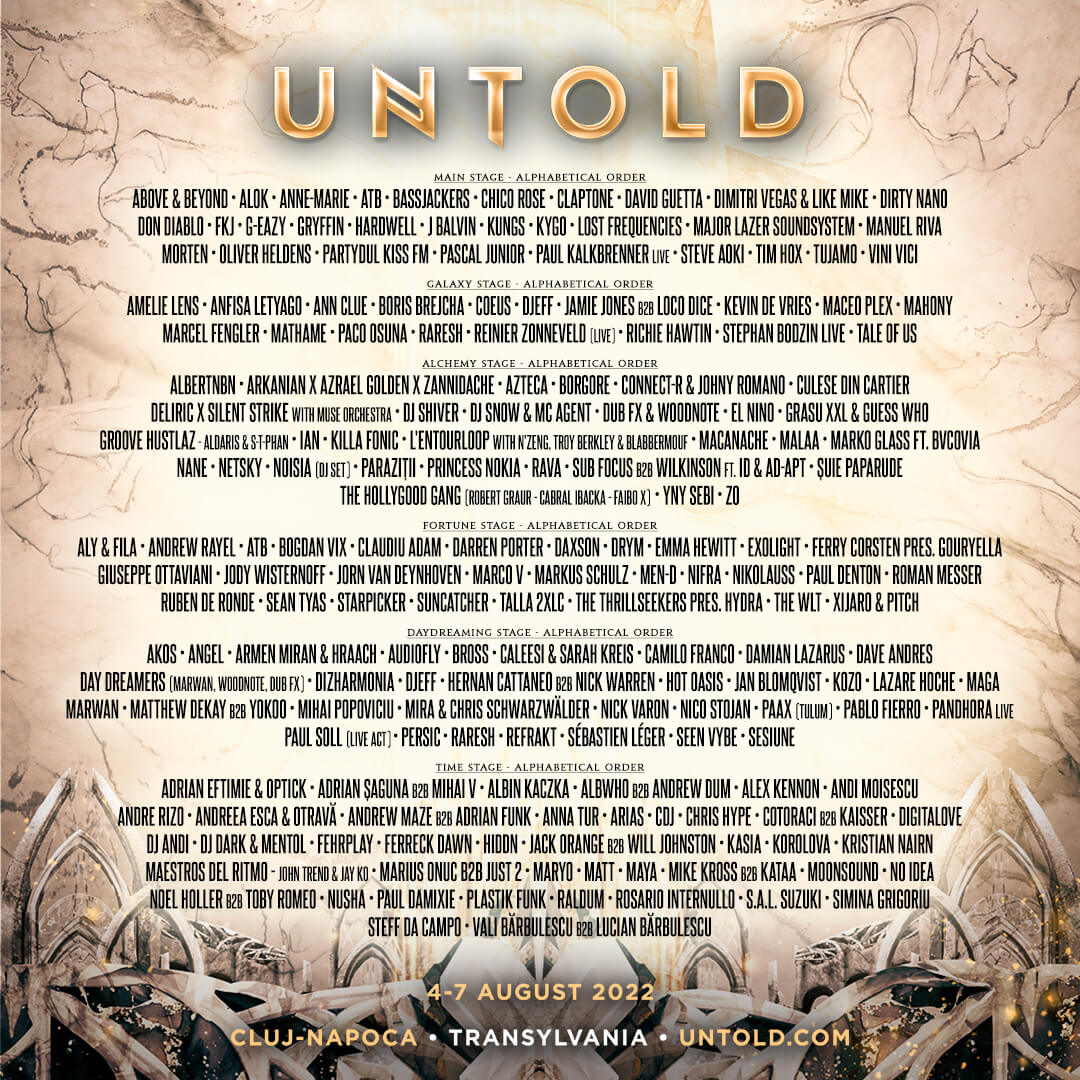 The UNTOLD festival (Romania) had just announced its entire lineup. From 4th to 7th August 2022, nearly 200 artists will be there. Let’s discover the identity of the last DJs who joined the list!

As every year, the city of Cluj-Napoca in Romania will not sleep during four very special days. From 4 to 7 August 2022, the UNTOLD festival will take the head of the town to make the party never stop.

Created in 2015, the UNTOLD festival is the most significant musical event in Romania. The lineup is almost fully composed of headliners from the dance music industry. Moreover, some had confirmed their coming. No more suspense. The newcomers are:

Chico Rose- Electro pop lover know his songs by heart. This young DJ is known in particular for his successful collaborations with Afrojack. The number of labels who wants to work with him counts in dozens.

Kungs- The French DJ and producer, is at the top of his career. Since the single “This Girl” in 2016, he is unstoppable. Click here to see our interview with him and Martin Solveig.

Claptone- Years spending wandering medieval landscapes have informed Claptone’s view of the world, experiencing both magical mystery and muted melancholy.  The results are that today his shamanistic sonic powers take him all around the world.

Guys, this edition promises to be c.r.a.z.y

The Sonus Festival’s schedule is available !

The entire lineup of EXIT is out !