Claptone adds his own spin and mysterious touch on Storm Queen’s new single ‘For A Fool’, which is out now on Full Frequency Range Recordings! 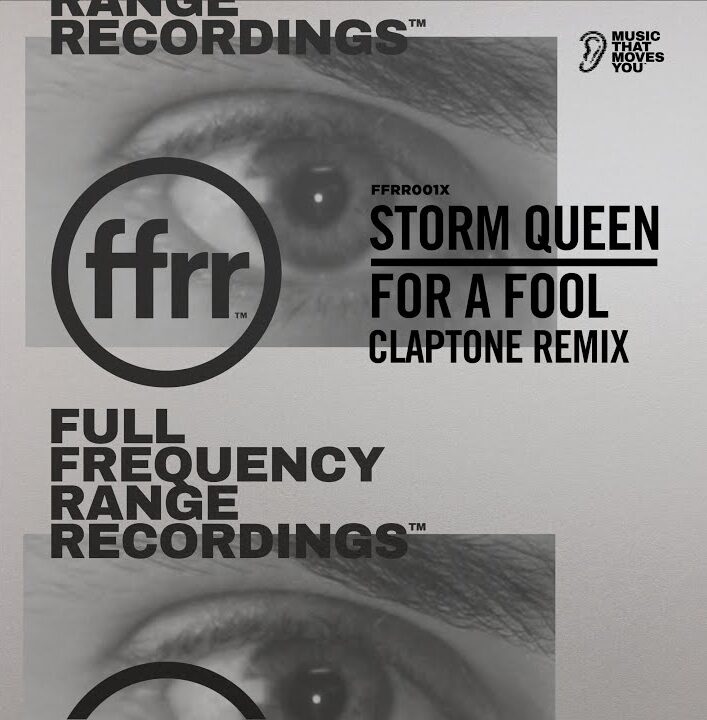 Following on from Storm Queen’s first release in 8 years, ‘For A Fool’ is now remixed by the enigmatic German DJ and Producer, Claptone, and is out now via FFRR.

‘For A Fool’ beckoned the long-awaited return of Storm Queen and landed an incredible 8 years after the release of the inimitable ‘Look Right Through’, which hit #1 in the UK with the MK remix and has also reached platinum status along the way.

An equally shadowy character, German producer and DJ Claptone steps in for remix duties on ‘For A Fool’ and follows on from his remix work for the likes of Mark Ronson and Michael Kiwanuka as well as pop superstars Dua Lipa and Ava Max. Injecting his brand of sublime club-focused House sound and extra bass bounce, utilizing the original vocal to great effect seeing the masked figure path the way Storm Queen’s return for the dancefloor.

Storm Queen releases have been few and far between but contain that secret ingredient that takes underground dance music tracks and turns them into truly exceptional timeless pieces of music. Cutting a mysterious figure, Morgan Geist under his Storm Queen alias has a clear strategy of quality over quantity as his discography has totaled just three releases to date; ‘It Goes On’, ‘Let’s Make Mistakes’ and the inimitable ‘Look Right Through’.

Storm Queen’s ‘For A Fool’ (Claptone Remix) Is Out Now Via FFRR! Listen to it HERE.

Tagged with :
claptone FFRR For A Fool Storm Queen

Claptone and Seal… what a collaboration!