From June 14 to June 16, Sonar Festival is bringing festival-goers an extraordinary experience. Other summer festivals, what makes Sonar unique. 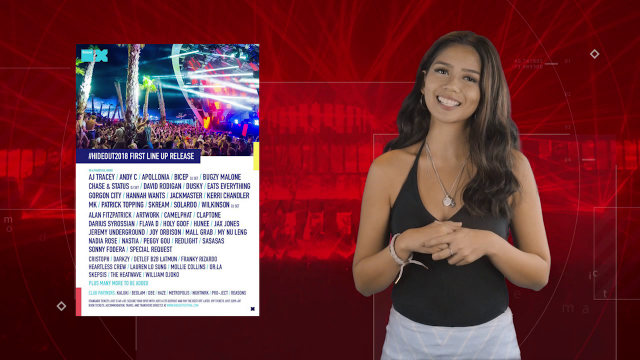 We’re talking about the best festivals that have happened and you can still catch in June! We have five major events to talk about!

It’s time to fly to Barcelona for Sonar Music Festival this 2018!

From June 14 to June 16, Sonar Festival is bringing festival-goers an extraordinary experience. In contrast to many other summer festivals, what makes Sonar unique is that it’s a city festival. So you can truly experience Barcelona with two different sites – one for the day, Sonar by Day, which is in the city centre, and one for at night, Sonar by Night, which is further in town!

I’m sure you wanna hear about the artists, so here they are! For the Thursday show by day, you can catch names like Laurent Plays Garnier, Agoria Live, Yaeji, George Fitzgerald Live, Little Simz, and Oscar Mulero – Monochrome, to name a few! For Friday by day, there’s Diplo presents (Mr Eazi, Distruction Boyz, Kampire, Diplo), Black Coffee, and Olafur Arnalds. Then, Saturday by Day features DJ Set “2ManyDJs” along with numerous other names!

If you want to see the artist announcement, check out this video! https://www.youtube.com/watch?v=maNFRqI6gGk

Once you check it out, let us know, will you be there for Sonar by Day, Sonar by Night, or both?

Moving on to one of the most scenic events of the year, specifically because it takes place in Reykjavik, Iceland. Let’s talk about Secret Solstice 2018!

On June 21 to June 24, the beautiful location Laugardalur will be hosting Secret Solstice 2018, the Icelandic music festival already on its fourth year. This festival features both established artists as well as upcoming DJs for 24 hours in a span of four days. It’s described as “one of the most unique events in the world!” With that, their theme this year is Norse religion and mythology of old!

Some of the names to catch? Headlining are DJs Stormzy, and Gucci Mane! But, Bonnie Tyler, Clean Bandit, Steve Aoki, Death From Above, and many other names will all be there!

If this one-of-a-kind aspect hasn’t convinced you enough to go, maybe the aftermovie from last year will! https://www.youtube.com/watch?v=y4ePAHTbGc8

Once you check that out, let us know what activity you’d love to try when you get to Iceland!

Now, let’s move to a conversation about one of Europe’s most in-demand events – Hideout Festival 2018!

From dancing until sunrise to partying until sunset at three incredibly beach clubs, that’s only one of the things this festival has to offer!

This festival has been running for the past five years in Zrce, Croatia. This year, it’s on-going from June 26-June 29! One of their note-worthy features? Their jampacked lineup!

Some of the artists on the main lineup include AJ Tracey, Andy C, Apollonia, Alan Fitzpatrick, Chase & Status, and Eats Everything! They also have a boat party lineup that is hosted by partners like Do Not Sleep, Horse Meat Disco, and Metropolis!

If you want to check out what the Hideout Festival vibe is like, this aftermovie is for you! https://www.youtube.com/watch?time_continue=2&v=xg3llGJogHk

After you watch the entire video, let us know what kind of beach activities you’ll be checking out once you get to the festival!

Now, how about spreading some love in Paris?

Micro Love Festival in Paris is happening for 48 hours nonstop from June 29 at 8pm till July 1 at 8pm! The festival is located at a glorious castle one hour away from Paris and hopes to showcase emerging European talent from a collective of French artists.

This year, the festival’s theme is Kodama, where they’ll divide the party into four zones with different themes. Reliqua and Ferox are just a couple of their themes, but their main stage theme is entitled “Imaginarium.” Here, artists like Triptil, Tuleric, Bruno Curtis, Bassam, and Lumiere will be playing! Check out their website to know more! https://www.facebook.com/microlovefestival/

In honor of the festival, why don’t you let us know what your favorite French dish is! You might be able to grab a bite of it at Micro Love!

And, my final Clubbing Trend today is a festival we all know and love – Awakenings Amsterdam! The entire lineup for their 18th edition has been released!

Throughout this two-day festival, more than 80,000 visitors will gather in Amsterdam for a highlight event in Europe’s techno music calendar. This year, it will span from June 30 to July 1 at Spaarnwoude in the Netherlands!

There are eight different areas for Awakenings Festival 2018, which also means a ton of artists to watch out for! To name a few, there’s Carl Cox, Jamie Jones, Adam Beyer, Ben Klock, Jeff Mills, AnD, Dubfire, and Applescal! But, like I said, that’s just to name a few. You have to check out their website for the entire lineup! https://www.awakeningsfestival.nl/en/

Awakenings always does it big in Amsterdam, so if you want to check out their vibe, here’s the 2017 aftermovie! https://www.youtube.com/watch?v=WFj2ogyfrL8

Looks like fun, right? Once you check out the Awakenings Amsterdam website, let us know which of the areas you’re definitely gonna check out!