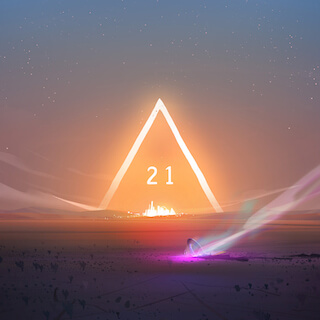 Martin Garrix and Maejor have signed with STMPD RCRDS/Hollywood Records (Disney Music Group) for their collaborative project AREA21. The music of AREA21 follows a story arc of two alien travelers who are tripping through the cosmos spreading a message of unity and good vibes when they accidentally come crashing to Earth. Their adventures are portrayed musically and visually throughout a series of songs and accompanying animated videos, produced by award-winning animation studio Titmouse (Run the Jewels, Dua Lipa,), set to roll out this spring & summer and culminating in an album due out this fall.

AREA21’s first release, ‘’La La La’’, is out now. The boundary-pushing video for ‘’La La La’’ shows the duo traveling through the galaxies, beaming up unhappy people onto their spaceship for an impromptu party, using the universal language of music to unite and uplift their mood. The end of the video sees them come crashing to Earth and that’s when the real adventure begins.

You can watch the galactic music video of ’La La La’’ HERE.Or listen to the track HERE.